By John W. Fountain
This is another in an occasional, yearlong series that looks behind the number of murders in Chicago. 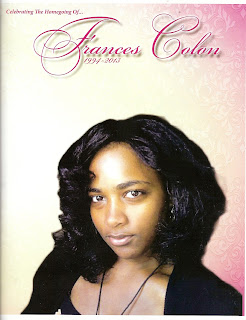 Not Jonylah. Not Hadiya.
Frances. Her name is Frances.
Frances Colon. She was 18. She was not just another nameless, faceless statistic in the incessant toll of Chicago murder victims whose blood pours over city’s streets like rain water.
She was Dorothy Payton’s and Jose Colon’s daughter. Sister to Lizzie, Lorretta, Lalorrie, Selena, Dominique and Donice.  A jewel to four brothers.
Student. Friend. A young woman with dreams.
She was remembered by tearful friends and family on a lukewarm Saturday in March, beneath a gray sky. Her mother wiped away tears, said her goodbye.
Frances. Her name was Frances. Remember?
I am too angry, too troubled, to forget. 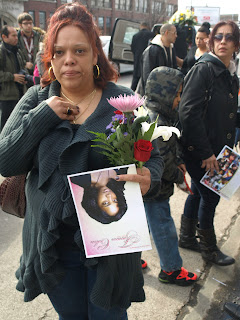 Her mother wants us all to remember. Except she believed, even as we sat in the funeral service for her daughter three months ago, that “we” would soon forget. That once departed, the media, the cameras and the headlines that clamor, click and capture public attention for the moment of sensation would leave and her daughter’s slaying and memory would disappear, like the smoke of an extinguished candle.
Angry that the media and society places more value on certain lives and less on others.
I cannot deny that class and race and squeaky cleanness and scholarly achievement—not to mention perceived pure innocence—in the mix of murder, can create media frenzy or give a story a longer shelf life.
As a reporter, I have too often had to lobby editors to write stories about black and brown murder victims or even about black and brown life. Too often I have seen these stories—even if I understand that there really are no black or white or brown stories, only human stories—diminished and devalued.
I have witnessed this in American newsrooms, largely because the lives of those making editorial decisions often are not directly impacted. I have come to see it not only as a matter of race but also class.
And yet, the “class” issue that ought be most prevalent in Frances Colon’s case is that she was a member of the senior class at Roberto Clemente High School. She should have attended prom. She should be preparing for graduation. For the next phase of life, rather than halted by homicide.
Like Jonylah Watkins and Hadiya Pendleton, Frances was slain by a gunman’s bullet. She happened to be walking out of a West Side store when, according to police, a 34-year-old man was shooting at another man.
She was shot in the back. She died. She was eulogized as she lay in a white casket trimmed in gold. Her name was Frances. Remember?
Sadly, there are too many slayings. Perhaps too many cases to report, too many names to remember. Too many slain daughters and sons. Too many funerals. Too many tears.
And yet, perhaps not enough anger over it all. 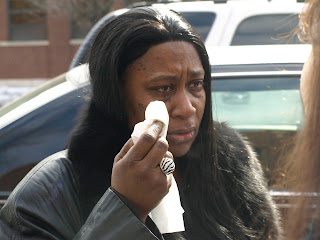 “That was the last thing on my mind, that she would go visit and stop at the store because she was thirsty and wanted some chips and get shot,” Dorothy Payton said, speaking emotionally to mourners at Frances’ funeral March 2. “It wasn’t God that took her life… It was the devil that took her. And I am angry.”
“My daughter will never be forgotten by me… She might be forgotten by everybody else, the media and whatever, a year from now, a month from now, a week from now, but she will not be forgotten by her mother.”
And not by me, I promised the mother.
Her name was Frances.
Email ThisBlogThis!Share to TwitterShare to FacebookShare to Pinterest
Newer Post Older Post Home