The number of homicides


But it is more than just a number. 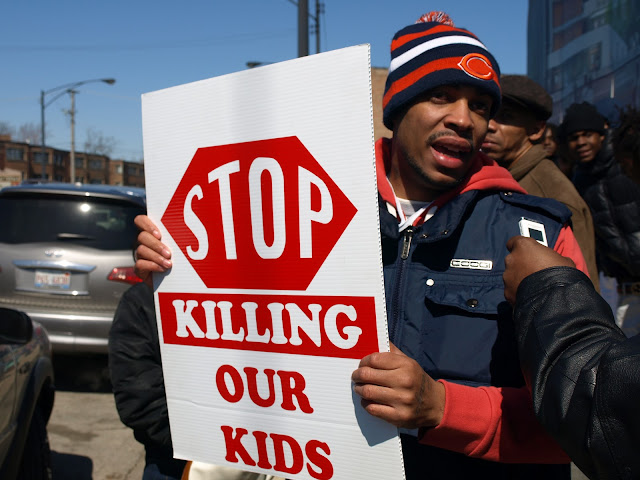 There's 365 days in a year.
One person each day.
It accumulates.
The end of the year total: 506.
There is one (maybe two or three) homicides a day.
And there's a chance all of them haven't been logged.
Everyday, somebody's life is in danger of being taken away in the city we call Chicago, or better yet, Chi-raq.
-Lamar Colyer

There's 162 games in an MLB season.
A span for six, seven months.
A player can play every game for the next three years.
And it still won't equal the amount of homicides Chicago had in 2012.
-Lamar Colyer

Five-hundred-six people have 506 pairs of eyes.
Think about the number of pairs of eyes you look at, gaze into,
glare at, glance at and unintentionally meet on a daily basis.
On average, the number would not even be close to 506.
But that is the number of sets of eyes that will no longer see,
no longer blink,
no longer cry,
no longer open
due to homicide in Chicago last year.
The owners of those eyes will never see justice done for them
because they will never see anything again.
-Meredith Dobes


When I sit down and think about the 506 people
who died in the year of 2012,
I think of 506 people who were cheated out of the chance
to watch another sunrise.

I think of 506 lives with hopes dreams
and some family ties that have been broken
because 506 thieves stole 506 lives in the heat of the night
and at the dawn of day.
They even stole lives while children were at play.

I think of 506 people killed in 506 different ways.
I think of at least 6 mothers cries screams and sighs.
I think of how hard it must be for these mothers to sleep through
the night next to a room where their seed once laid.

I think of at least 506 friends,
associates and next of kin
who will never be able to greet
their love ones again.


5,060 fingers will never hold another hand.


What will it take for a city to fix

the issues beyond the number 506
-Christopher Sutter


Imagine stacking 506 people on top of each other in standing position.


The number of people killed in 2012 is equivalent to


about one and a half times the tallest building in America. 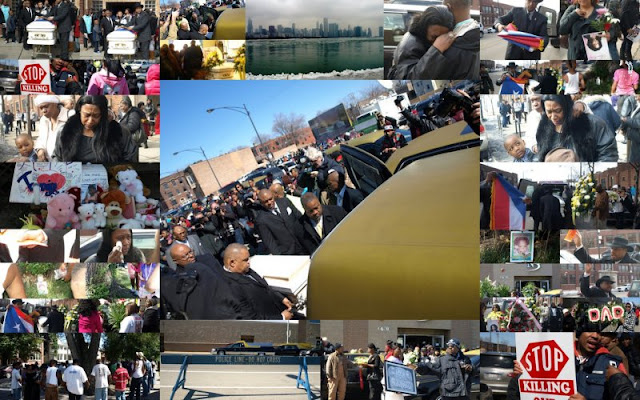